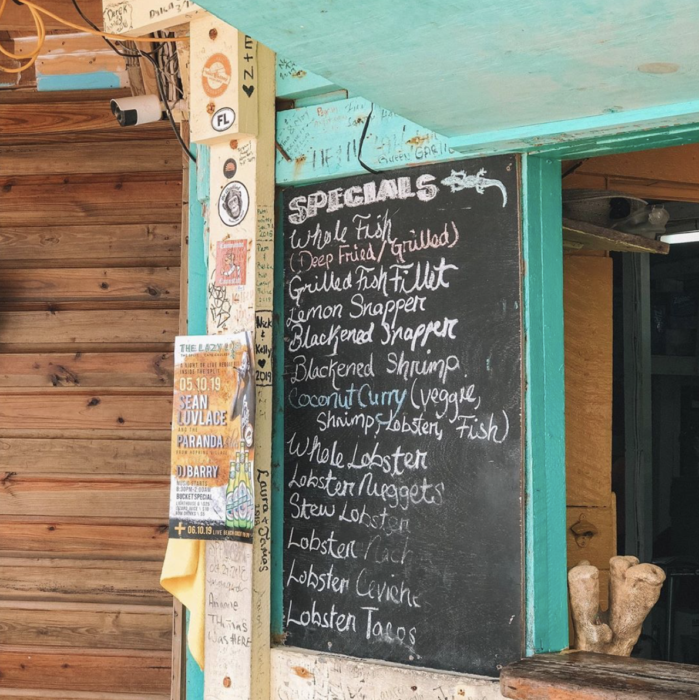 Posted by roemingbelize on | Featured

One of the best ways to learn about a country is through its food.  Belizean cuisine  has a unique twist to it being influenced from various cultures.  Belize, originally home to Caribs, Mayas, then colonized by the Spanish and British followed by others settling in country from the Chinese, East Indians, and North Americans the ethnicity in Belize is unlike any other.  Each culture has contributed to Belize’s culinary scene. Here are top foods you should definitely try when in Belize.

When in Belize, be sure to enjoy fresh seafood. There is nothing better than a fresh catch. Depending on what’s in season you can enjoy fresh lobster, shrimp, conch and fish.

Another local favourite for lunch is rice and beans usually served with ground meat or try a tradition Mestizo dishes such as relleno negro, escabeche, tamales and panades.

Sunny days in Belize can leave you wanting an ice cold beverage. An ice cold Belikin Beer always does the trick! Not into beer try a fresh coconut with some Caribbean rum or try a frozen cocktail.

The San Ignacio Market on a Saturday is a must do if you are a foodie!

Plan Your Belize Vacation
Read other blogs
Comments are closed.